The Club’s founder, Canon John Albert Douglas, was born in Portsmouth in 1869. Ordained in 1894, he served as an assistant curate in Newark, in Penge and at St Stephen’s, Lewisham. After serving as Acting Chaplain in Constantinople, he became assistant curate of St Benet and All Saints, Kentish Town, before becoming Vicar of St Luke’s, Camberwell (1909-33). In 1931, he was appointed Deputy Vice-Chancellor of the University of London.

In 1905, with his brother, the Revd Charles Edward Douglas (1870-1955), he founded the Society of the Faith, which was to support the Nikaean Club financially in its early years.

When the Church of England Council on Foreign Relations (the forerunner of the Council for Christian Unity) was established in 1933, Canon Douglas became its first General Secretary, serving until 1945. This appointment was facilitated by a move from his parish in Camberwell to the less demanding role of Rector of St Michael, Paternoster Royal, in the City of London, which he held until 1953. 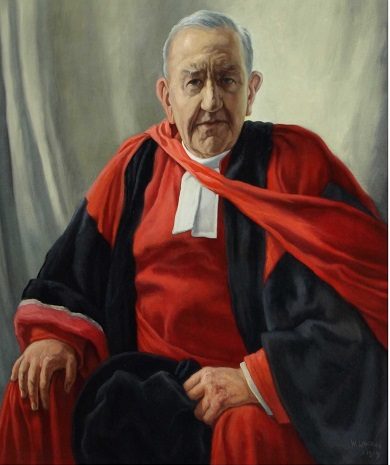